Rolling a Marble Down a Ramp

When I was around seven years old, I began to measure things.

I would measure the distances between various objects in my room using a piece of kite string. I would measure how long it took for cars to pass by my window. I sorted things by color, shape, texture and size. I memorized the sounds of the cars on the road and I could guess their various engine types just by listening to them. I memorized the difference between four cylinders, six cylinders, eight cylinders, diesels, Buick, Ford, Chevy, Pontiac, and more. Every time I measured something I would try to model it in my imagination and compare it to other things that I already modeled. After a while, I was pretty good at measuring and modeling the things that were happening around me.

I had a bag of marbles and I used to roll them down a Hot-Wheels track and visualize what was happening.

Roll a marble down the ramp. Measure the height of the ramp using a string. Map the energy to the height using a line. Map the sound to the height and speed using circles. Map the distance traveled to the elapsed time as a function of the energy using lines. Maintain the sequence of events. Map the functions to “roundness” and “down”. Map time to time. Assemble the model in my imagination. Change the height. Roll the marble again. Re-map the system in my imagination. Look for patterns between height, speed, distance, time, the number of dominoes knocked over, and the order that things happen. 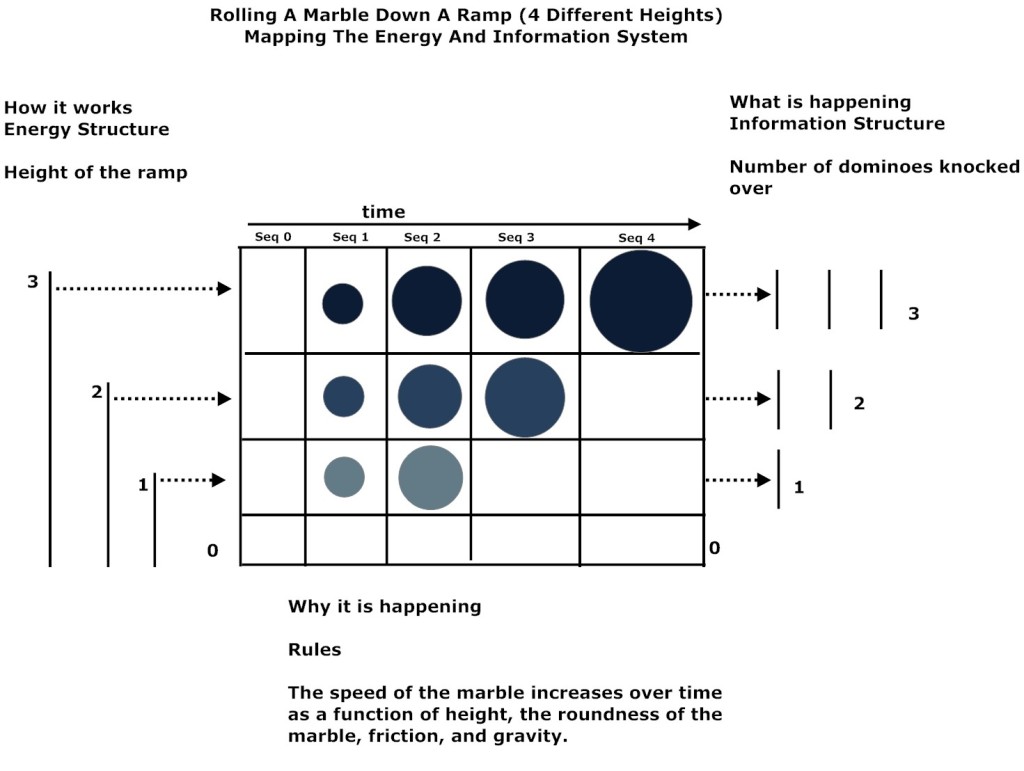